About
Projects
Essays
Print:
an object
or a process?
An article on the procedural and performative aspects of printmaking 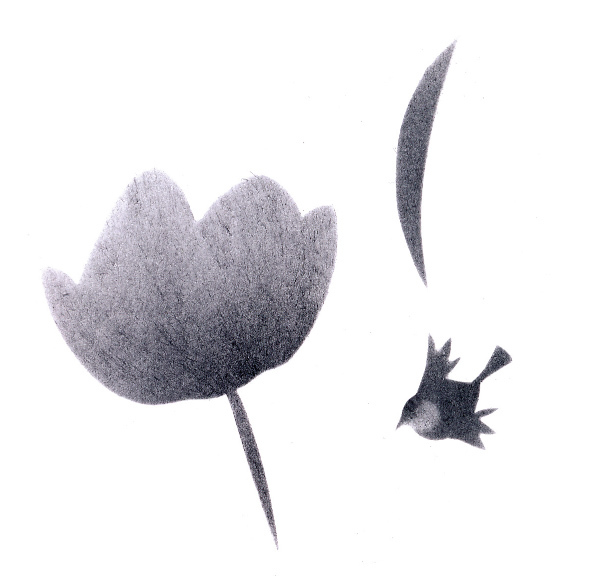 Printmaking and selling prints in Russia is not an easy task, and in its modern form – with markets, sales of prints through online galleries and young collectors – it exists just recently, for about 10 years. However, the very creation of prints is a practice with as rich a historical heritage as the printing process in general. The economic and socio-cultural mechanisms around the practice are changing more dramatically and faster than the technological process, and the market is constantly adjusting to these new realities. How can one sell a print in a thoroughly digital world? How can in be done under low buying capacity, low awareness of the art market and a prevalence of binary evaluations of cultural artifacts that classify them as "art" or "non-art”? The difficulties in adapting to the changes are also reflected in the way the practice of creating and selling printed graphics is articulated today, the way of presenting the final product, and the interaction between the author and the audience. How do we write about printmaking today, and which words do we use to sell it? And what could be the alternative ways to do it?
Today, printmaking in Russia is often articulated in economic terms, with its value being determined in the categories of uniqueness, materiality and relationship to museum art. Let’s take a look at the texts on the Internet that explain what prints and printmaking are:
Vkus Bumagi
(Taste of Paper) market
“Printmaking is an integral part of visual art. In contrast to contemporary digital printing and media technologies that allow to replicate images limitlessly – depriving them of artistic value – traditional printmaking ensures the uniqueness and value of each print, clearly demonstrating the artistic language of the author in the context of a unique printing technique”
Artzip gallery
“Original prints are unique works that exists in a limited edition. The artist is directly involved in the creation of printing forms and the printing process, and usually this work does not exist in any other form. In most cases, printed plates are destroyed after the edition is produced”
Vkus Bumagi
(Taste of Paper) market
“A print is an original work of art on paper, created by an artist in one of the printmaking techniques: lithography, silkscreen printing, engraving, etching, etc. These techniques allow to get high-quality prints and provide an endless field for experiments. Each print turns out to be slightly different from the other in the print run. All works are numbered and signed by the authors and are usually produced in a strictly limited amount edition. A printing is the most affordable art artifact: one of the prints from an edition can be in a museum, and the other one – in your home.”
Art Russia
“Prints of paintings for the interior (etching, lithograph, seriography) were created by a lot of great artists (in particular, Dürer, Rembrandt, Renoir, Picasso, Warhol) independently or with their direct participation. Thus, limited-edition work of art may be regarded as handiwork.”
In other words, a print is conceived of primarily as an object of possession, and the texts on its nature appeal to the idea of affordable uniqueness. Such definitions are largely based on the still prevalent concept of “high” and “low” in art and try to place printmaking between these two poles – even if this idea is not shared by either the author of the print or the print distributor. Sometimes, this craving for clarity and winning over an audience results in extreme simplifications:
Kvartblog
“If you find hanging a “real” painting on the wall too serious, and a movie poster is too much of a teenage binge for you, we have a piece of advice. There are a lot of noteworthy areas between these extremes, such as limited-edition printmaking”
The print often finds itself in a vague position that requires articulation and self-justification, which often comes down to a binary rhetoric: “not yet art, no longer just a picture”. This marginalised position of printmaking is also noted by texts that are not aimed at direct sales of prints. For example, in the description of the MA program “Illustration and Printed Graphic” at the HSE Art and Design School, we can see the following paragraph:
HSE Art and Design School
“The goal of the programme is to bring manual printing out of the marginalised and semi-amateur state, to give students a complete idea of the subject, as well as an impulse to professionally use the potential of printmaking”
In such texts a print is crammed into an oversimplifying hierarchy of “art/non-art”, being presented as a relatively accessible material trace of an artist meant for someone's private gaze in the space of a living room, a kitchen or a bedroom.

However, there are practitioners who look at printmaking from a completely different angle – from the procedural side of it, and see printmaking as a performative practice. This allows to avoid defining printmaking as production of a material result symbolically presenting the “artist's flesh” to be sold and bought. For example, there is the British duo Henningham Family Press, who define their practice as performative printmaking.

Henningham Family Press is a duo of David and Ping Henningham. They work in England and create collaborations and events with musicians and other artists, bringing the process of printmaking to the public space and involving the audience to participate. Once they came to Moscow and held a performance dedicated to how Shakespeare’s love lyrics is perceived in different cultures. The performance took place at the British Council stand during the 2017 Non/Fiction Book Fair. What was the essence of this performance?

First, the duo held a workshop at the British Higher School of Art and Design, where students came up with glyphs that combine the shapes of letters denoting similar sounds in Russian and English: f/ф, m/м – and so on. Then the resulting glyphs were used to create words in response to the texts of Shakespeare’s love poetry. These words from the invented glyphs were printed on a silkscreen printing press in the stencil technique at the British Council stand. Some of the words were offered by visitors of the fair: “coral”, “spring”, “betrayal”, “dream”, “goodbye”, etc. Each word was a graphic sheet with symbols divided by color depending on whether the syllable is stressed or unstressed – after all, rhythm is very important for the poetry of Shakespeare. Then the sheets were combined into a long concertina to get rhythmically organized lines of a graphic poem, which, when translated into Russian, sounded like this:
spring soul mountain soul spring
dream spring dream spring dream
spring soul mountain betrayal spring
betrayal dream betrayal dream betrayal
mountain soul abuse soul coral
soul mountain abuse coral soul
mountain mute mute mute coral
mountain divination dream betrayal coral
food dream mute dream food
dream food mute dream food
spring divination goodbye betrayal spring
spring soul goodbye soul spring
goodbye soul mountain soul goodbye
village village lighthouse village mute
The final collection of graphic poems was sent to a library in the UK, where an English version of the graphic poem was to be created later to be sent to Russia.

What is important about this project, and why is it meaningful for printed arts today?
A separate print is not perceived as a finished author’s work in the project
A separate sheet with a separate word does not make sense. Prints are most often sold as individual finished works, even if they are originally illustrations for a book. Occasionally artists regretfully note that prints sol individually hit higher prices than the same work assembled into a picturebook. In other words, a print, even if it is taken out of the context of a book, is an “artist’s footprint”, which is valuable enough for these sheets to be sold when taken out of context. In Henningham Family Press ”print performance”, the authorship is very blurry and divided among many people, so it is no longer about a sacralised author's function of a demiurge that creates art out of nothing.
What is important is the collective nature of the process
The interaction of Russian and English-speaking people; students, teachers, visitors to the fair, organizers and authors of the project participate to create the final piece. Not all of them have the skills of artists, but this does not prevent them from participating.
The final concertina book in this case is not a 'trace of the artist', but rather a document recording the interaction of many people
The book here is more like a record of the performance. The final product within performative printmaking is not a book, but a collective experience of interaction; a book is just a document, an information storage unit that uses a pre-digital recording method.
The process of printmaking here is not used to justify the economic value of the final piece (“look at how much manual (!) labor is invested”), it is what makes a collective experience
The public process involving a lot of people, including non-professionals, is what makes the backstage of printmaking much more accessible. The printmaking scene very much starts resembling Rirkrit Tiravanija's kitchen, when people share a meal that the cooked collabortively.
The economic basis of performative printmaking is different from the economic basis of selling individual prints
The final book is not sold and is not made to be sold. Its creation (i.e., the creation of a collective experience) was funded by the British Council and organized in cooperation with the British Higher School of Art and Design and the Non/Fiction Book Fair.